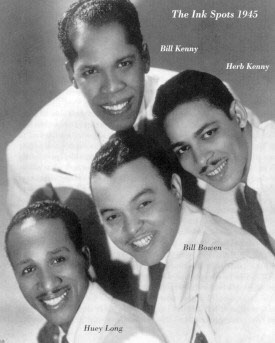 The Ink Spots' story begins in Indianapolis, Indiana in 1932, when four young men - Deek Watson, Charles Fuqua, Orville "Hoppy" Jones and Jerry Daniels - formed the first version of the group. The quartet performed as the Riff Brothers and the Percolating Puppies before settling on the Ink Spots name.

In search of a recording contract, the group headed to New York City, where they met up with singer Bill Kenny, who replaced Daniels as the group's lead tenor in 1936. Three years later, The Ink Spots had their first million-selling record, "If I Didn't Care'. The song, which would be their biggest hit, ultimately sold 19 million copies. The "Ink Spots" had just reached their peak and this is where Ink Spot and leader, Bill Kenny talked Huey into giving up his trio and become an "Ink Spot", recording those mid-40's war-years tunes like "If I Didn't Care", "My Prayer", "When the Swallows Come Back to Capistrano", "I Don't Want to Set the World on Fire", "Java-Java", "Street of Dreams" "To Each His Own" and many more songs featuring Huey's famous guitar introduction. 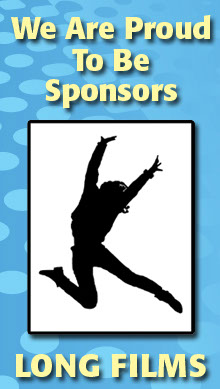